What Programs are Available to Help African Americans Become Homeowners If home is where the heart is, it’s also where wealth building frequently happens in America.

That’s not a coincidence.

You can trace the wealth gap to the nation’s doorsteps — the same doorsteps where census workers knock.

According to 2019 data from the US Census Bureau, the homeownership disparity between White non-Hispanic Americans and Black Americans is the largest in nearly 30 years.

Homeownership in the U.S. was 64.6% in 2019 — a decrease from the years immediately preceding the 2008 financial crisis that spurred so many foreclosures. The homeownership rate among Whites was 73.3% compared to 42.1% among blacks.

While other racial groups saw an increase in homeownership by as much as 6%, the rate among Black Americans fell .02% from 1994-2019.

Whatever the intricacies of measuring individual wealth in America, racial disparities in homeownership play a constant and major role. It’s where equity is built, family stability takes root and generational wealth is handed down.

Wells Fargo’s $60 billion 10-year commitment to increase by 250,000 the number of African American home buyers began in 2017. Other programs gained speed in the aftermath of George Floyd’s death in late May 2020 and the Black Lives Matter movement.

“Equality has long been core to who we are at Bank of America,” said Barkley, who adds that  “the events of 2020 deepened our commitment.”

“Bank of America separately made a $1 billion, 4-year commitment focused on target investments and initiatives to help local communities advance racial equality and economic opportunity,” he said. “We promised to deploy capital and resources to empower economic growth for communities of color, with a heightened focus on the Black community.

“This commitment has recently been increased to $1.25 billion over five years to further investments to address racial justice, advocacy and equality for people and communities of color.”

Housing advocacy groups — noting a long history of redlining and the more recent scourge of subprime mortgage lending that triggered the Great Recession of 2008 and disproportionately spurred home foreclosures among African Americans — say banks are finally focused on rectifying a disparity they helped create.

The lending programs are aimed at buyers who purchase a home in low-to-moderate income communities, the definition of which comes from census data.

Not all the programs designed to narrow the ownership gap are creations of lending institutions, but many are. Some recent bank programs are an increase to existing initiatives while others are entirely new.

The Chase Homebuyer Grant – Part of a $30 billion JP Morgan Chase pledge to close the racial wealth gap. When it debuted it offered a $2,500 grant and a mortgage rate of 3.25 percent through a Fannie Mae loan with the goal of funding 40,000 mortgages to Black and Latino home buyers.

That program grew more muscle in February 2021, when Chase Bank announced it would double its Chase Homebuyer Grant to $5,000 for qualified homebuyers in predominantly black neighborhoods.

Wells Fargo NeighborhoodLift Program — Offers down payment and home-buyer education with forgivable interest-free loans provided the buyer occupies the home for five years. Buyers must complete a HUD home education program. The homes must be in designated NeighborhoodLift communities. The program requires customers to complete eight hours of home buyer education from an approved provider.

Bank of America’s Down Payment Grant Program — In February 2021, the bank tripled its affordable home ownership initiative to $15 billion. The down payment program allows customers to receive 3% percent of a home’s purchase price that worth up to $10,000. In more than 260 cities and counties across the nation, the program requires no repayment.

“The expansion of this initiative is the result of overwhelmingly positive responses from clients and partners,” said Barkley, who notes the increased commitment aims to help more than 60,000 individuals and families become homeowners by 2025.

Barkley said the program through July 2020 has extended nearly $6.9 billion in affordable mortgages and has helped more than 27,000 individuals and families purchase a home.

America’s Home Grant Program – Offers a lender credit of up to $7,500 that can be used towards some closing costs. The funds can be combined with Bank of America’s Down Payment Grant funds to lower homeownership costs.

The “3By30” Initiative — In Cleveland, a group of housing and civil right leaders announced a multi-year initiative aimed at the low Black homeowner rate.

Closing the gap will require a great and varied effort.

Housing advocacy groups who have been fighting against the disparity for years say the lending institution programs are a welcome, if overdue, collaboration.

Posts You Will Love 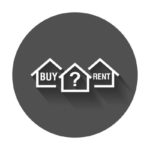 Should You Rent-to-Own a Home? 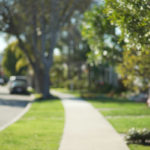 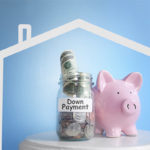 How to Buy a House with Little to No Money Down